What is Exterior Masonry?

Exterior masonry are professional services that involve the design and installation of outdoor features to your home using different types of stone, bricks, concrete, and gravel. Whether you think your walkway is too dull or you want to enhance the overall look of your home by installing stone patios or stone walkways, you can rely on Fairfield Masonry to get the job done.

Our exterior masonry services include:

You can easily enhance your home’s overall look by installing concrete pavers on your driveway or add some personality with a stone driveway.

Located along the Gold Coast of Connecticut, Fairfield is a small town that borders the city of Bridgeport and is surrounded by other small towns including Easton, Trumbull, and Westport. Having started off as a small agricultural outpost for Connecticut’s first settlers, Fairfield has evolved over the years to become an affluent town and is ranked as one of the best places to live in the United States.

Fairfield is home to some of the most famous neighborhoods in the United States including Southport, which is associated with one-time General Electric CEO, Jack Welch. Another famous part of Fairfield is Greenfield, which is famed for its wide-open spaces and picturesque green dogwood trees.

Given its origins, Fairfield is home to historic sites such as the Connecticut Audubon Society Birdcraft Museum and Sanctuary, which is in fact the oldest songbird sanctuary in the entire country. Other places of interest in Fairfield include Bronson Windmill, David Odgen’s house, Josh Osborne’s house, the Greenfield Hill Historic District, Pine Creek Park Bridge, amongst many others.

With a low population density coupled with a low crime rate, it is not surprising that Fairfield attracts a huge number of homeowners who aspire to raise their families in the ninth safest municipality in the country; according to Money’s 2006 Best Places to Live survey.

If you would like to have some exterior masonry done in your home, Fairfield Masonry is the best option. Here’s what one of our clients had to say about our services:

“Chris and his guys was absolutely AMAZING. They are very responsive, very clear in communicating, have attention for detail and timeframe. I got everything I asked for and more. They were on always on time, which was very appreciated.

Chris and his employees went above and beyond. I could not be happier! I would definitely use this company again.

Also, I have recommended this company to friends and family already. If you’re looking for great service and incredible landscaping…use this company!” 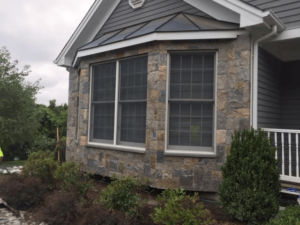 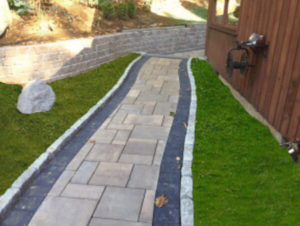 One way stone walkways can be useful is when placed in mulched or unmulched areas to keep you from tracking dirt back to your house during wet weather. They are also perfect for preventing sod from getting compacted.

You might not know this, but butterflies are drawn to stone walkways. Due to their cold-blooded nature, insects are attracted to heat-absorbing elements and stone walkways are perfect heat absorbers. 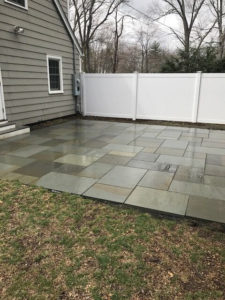 If you are looking for a custom patio design, then you will be happy to know that Fairfield Masonry designs and installs bespoke patios. From the elegant look of pavers to the natural feel of stones, we provide our customers with a variety of materials, styles, and colors to choose from.

Take advantage of our many years of experience installing patios in the Fairfield area to find out the pros and cons of various patio designs.

A stone driveway will give your home’s exterior an opulent look not to mention the sound of gravel grinding under your tires is the perfect sound to welcome you home. Fairfield Masonry offers a full-service stone driveway installation including land clearing, excavation, grading and the actual gravel installation. 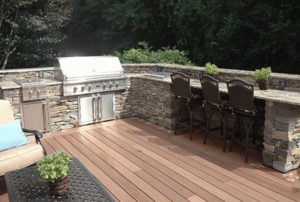 Outdoor kitchen islands are perfect for when you have friends or family over. The best outdoor kitchens will get the barbecue done without disrupting the mood by getting in the way. At Fairfield Masonry we have years of experience designing and installing outdoor kitchens in the Fairfield area.

The outdoor kitchens we install come in a wide range of designs and give you the freedom to customize the look you feel would complement your home’s exterior. Our variety of countertops and different stone pattern choices will not only give you a beautiful outdoor kitchen but a functional one as well.

Whether you are looking for a custom fire pit or homely outdoor stone fireplace, Fairfield Masonry has you covered.

A bespoke fireplace will keep your friends and family entertained while giving you as much freedom as you need to express your individuality without having to be concerned about placement or size restrictions.

We will design and build your outdoor stone fireplace to complement your backyard setting. For an outdoorsy look we can accessorize it with rustic inspired benches to give it a log cabin appeal or any aesthetic you want to achieve.

The freeze and thaw of a single summer and winter has been known to not only move, but also make entire walkways crack. This is clearly a nuisance for both aesthetic and safety reasons. Thankfully, fixing a walkway typically takes a day.

Not only do uneven patios look unappealing, they also pose a danger to your home’s occupants and guests. Our affordable patio repair services will leave you smiling as we offer effective alternatives that unlike re-installing your entire patio will ensure you stay within budget.

Whether your home has stained or chipped pavers, Fairfield Masonry will help you repair any concrete hardscapes. Dripping oil can stain your driveway and so can salt when applied incorrectly. We use an acid solution to clean out the stain to leave it spotless.

A retaining wall supports land while offering structure to your property. However, at Fairfield Masonry we feel that a retaining wall should be more than just functional. Retaining walls should compliment your entire property including existing landscapes, textures, architecture as well as colors.

We create and maintain some of the most beautiful and unique driveways in all of Fairfield using the latest stone, block and brick materials. Bespoke stone driveways are best suited for Connecticut’s weather and only require little maintenance.

Outdoor spaces make it possible for you and your guests to enjoy your home’s exterior. Some of the outdoor living products we build include outdoor kitchens, patios, fireplaces and firepits, driveways, walkways, as well as poolsides. Whatever you need, Fairfield Masonry has you covered. 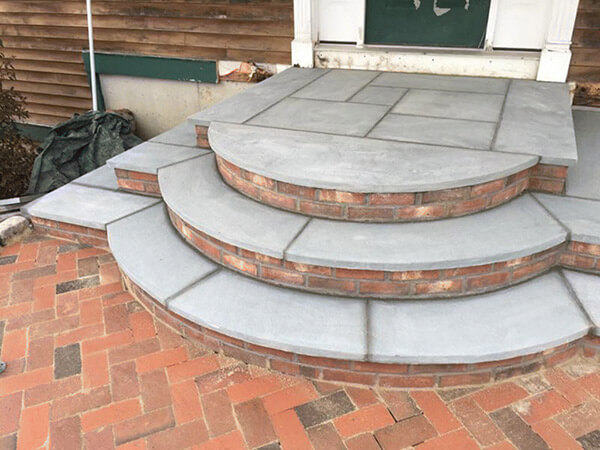 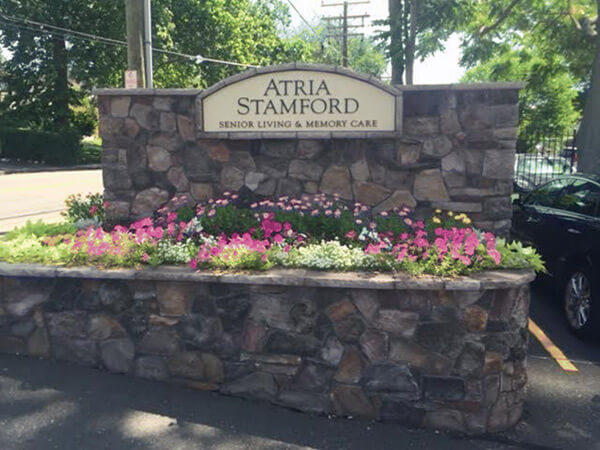 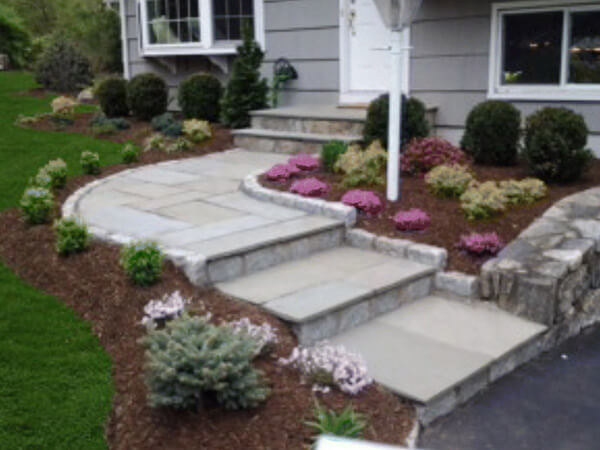 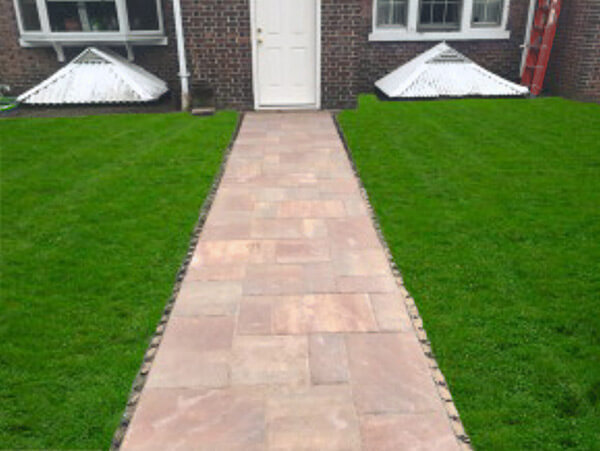 Any masonry work you need done on your home should not just be functional but should enhance your home’s overall look. Get in touch with us today and talk with one of our experts to get a quote for any of our services.